We are pleased to announce our end of the year release, Devbox 0.2.0.  This release is one of our biggest yet, packed with features designed to help developers get up and running with Nix based dev environments.

Some of the features included in this release are:

If you already have Devbox installed, it should automatically update to 0.2.0 the next time you run it. If don't already have the Devbox, you can follow the installation instructions here.

One major piece of feedback we received from early adopters (especially those who were unfamiliar with Nix) was that they found the initial installation of the Nix Package Manager confusing and challenging. To reduce this friction in getting started, Devbox can now install Nix for you automatically. Developers can now get up and running with Devbox using a single installer.

Devbox will try to detect Nix  when running a command that requires it (such as devbox add or devbox shell ).  If it does not find an installation on your machine, you will be prompted to install Nix using the default configuration for your OS.

We outlined our approach to package configuration in our blog post Do Repeat Yourself: Global Packages Considered Harmful. We aim to provide Nix's immutability and isolation while allowing developers to configure their projects locally.

This release has the first version of what we're calling Devbox Plugins. Plugins bundle default configuration (like environment variables, configuration files, and services) with packages and apply it when you install them with devbox add. Plugins make getting started with packages like NGINX or Postgresql much faster.

Let's try adding Nginx to our Devbox shell. When we run devbox add nginx, Devbox will use the Nginx plugin to configure our environment and create a default nginx.conf file for our project. The plugin will also add a service to our shell (see below), so we can quickly start and stop Nginx when testing our project:

Our initial release includes plugins for the following packages, with many more to come.

We are also planning to open and provide a public repo for plugins, so developers can contribute plugins, or even add their own private plugins to Devbox.

Manage your Background Services with Devbox

When working on an application, you often want some services or dependencies running in the background for testing. Take a web app as an example. While working on your application, you will want to test it against a running development server and database. Previously developers would manage these services via tools like Docker Compose or orchestrating them manually.

Right now, developers can only configure services via plugins. Future releases will make it possible to define and manage services in your project's devbox.json.

You can now generate a generic Dockerfile or Devcontainer for your project using the devbox generate command. These Dockerfiles make it easy to build your Devbox Shell environment as a portable container, so you can develop your project anywhere.

Our upcoming development cycle will focus on expanding our plugin support and adding greater flexibility for configuring packages. We will also continue to focus on improving our first run user experience, especially for developers who are new to the Nix Ecosystem.

We'd love to hear your feedback and As always, we welcome issues and pull requests on Github. You can also join our Discord Server to chat with the development team and community. 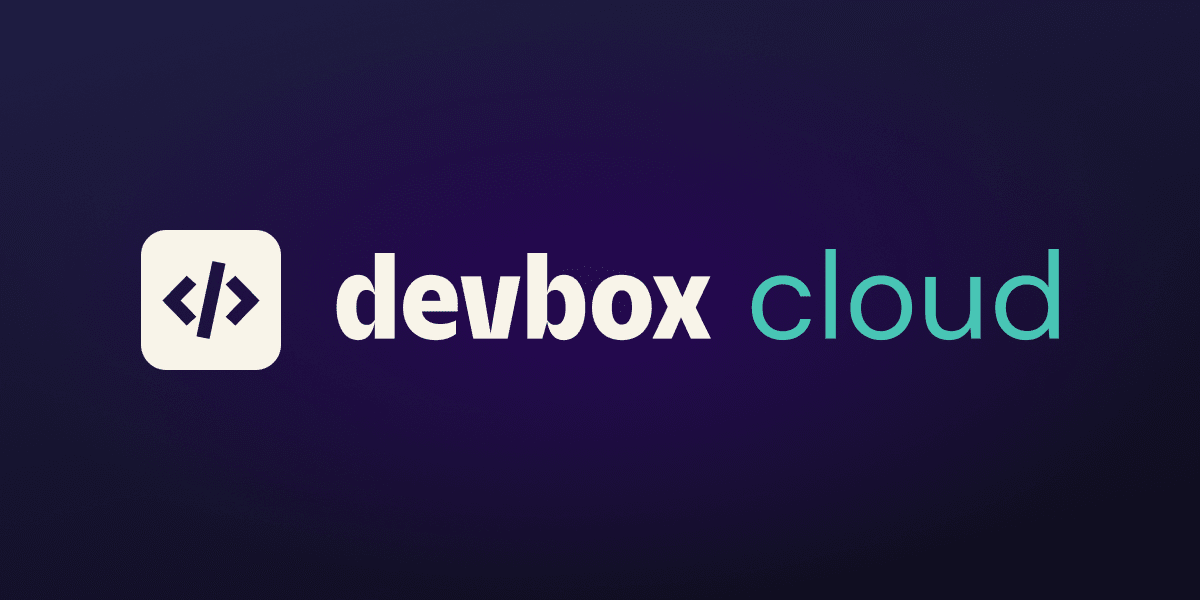 We took the convenience of virtual environments, the UX of npm, and the immutability of NixOS to create this magical local-like experience with Devbox.

Today, we're announcing the open-source release of Launchpad, a new CLI tool for deploying applications and scheduled tasks on Kubernetes. Launchpad provides a Heroku-like deployment experience on any cluster. Users can build, publish, and deploy cloud applications in one step without writing pages of Kubernetes config. We're also announcing the